Indian cuisine is a rich tapestry of flavors, textures, and aromas, shaped by the country’s diverse culture, history, and geography. Each region of India has its own unique culinary traditions and specialties, making it a culinary destination for food lovers around the world. Here’s a guide to some of the most popular regional specialties of Indian cuisine.

North Indian Cuisine: North Indian cuisine is known for its rich, flavorful curries and tandoor-cooked meats and breads. Some popular dishes from this region include butter chicken, dal makhani, and tandoori chicken. The use of yogurt, cream and ghee (clarified butter) is also common in this region, adding richness and depth to the dishes.

South Indian Cuisine: South Indian cuisine is characterized by its use of rice, lentils, and a wide variety of spices and herbs. Some popular dishes from this region include idli, dosa, and sambar. Coconut is also used extensively in South Indian cooking, adding a unique flavor and texture to dishes.

West Indian Cuisine: West Indian cuisine is characterized by its use of a wide variety of spices and herbs, as well as coconut and seafood. Some popular dishes from this region include vindaloo, fish curry, and Goan sausage. The flavors of West Indian cuisine are known for its spiciness and heat.

These are just a few examples of the many regional specialties of Indian cuisine. Each region has its own unique culinary traditions, and exploring them is a delicious way to discover the rich diversity of Indian culture. 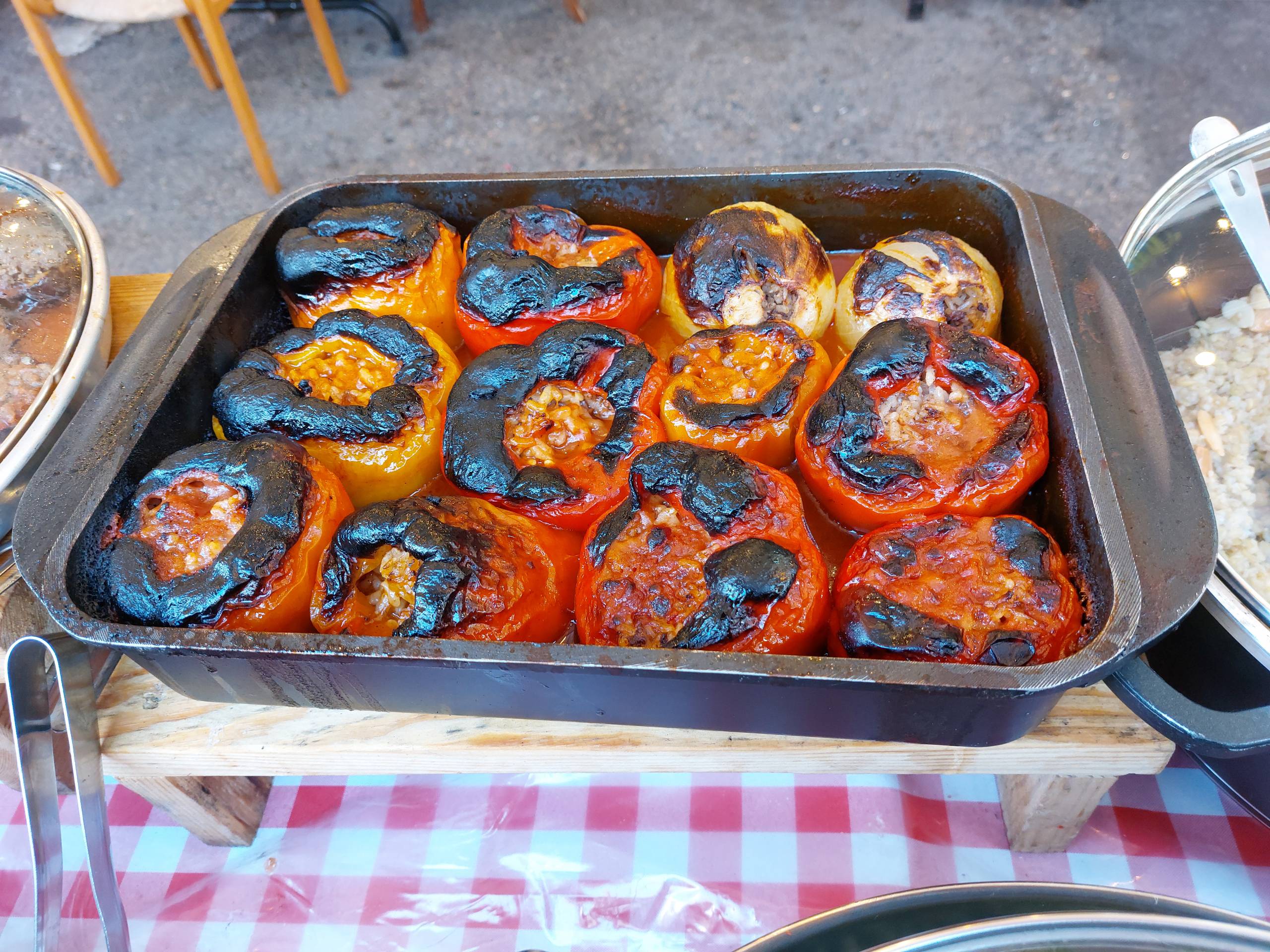 To make Indian Stuffed Bell Peppers, the bell peppers are first cleaned and cut in half, and the seeds and membranes are removed. The filling is prepared by mixing mashed potatoes or ground meat/paneer with a mixture of spices such as cumin, coriander, turmeric, and ginger. The filling is then spooned into the pepper halves and placed in a baking dish. The dish is then covered with a tomato-based sauce and baked until the peppers are tender and the filling is cooked through.

One of the best things about this dish is its versatility, you can make it vegetarian or non-vegetarian depending on your preference. The dish can also be customized to suit your taste by adjusting the level of spiciness or adding different types of vegetables to the filling.

Indian Stuffed Bell Peppers is a delicious and healthy dish that is perfect for a family dinner or a special occasion. It can be served with rice, naan, roti or even with quinoa for a healthier option.

We use cookies on our website to give you the most relevant experience by remembering your preferences and repeat visits. By clicking “Accept”, you consent to the use of ALL the cookies.
Do not sell my personal information.
Cookie SettingsAccept
Manage consent

This website uses cookies to improve your experience while you navigate through the website. Out of these, the cookies that are categorized as necessary are stored on your browser as they are essential for the working of basic functionalities of the website. We also use third-party cookies that help us analyze and understand how you use this website. These cookies will be stored in your browser only with your consent. You also have the option to opt-out of these cookies. But opting out of some of these cookies may affect your browsing experience.
Necessary Always Enabled
Necessary cookies are absolutely essential for the website to function properly. These cookies ensure basic functionalities and security features of the website, anonymously.
Functional
Functional cookies help to perform certain functionalities like sharing the content of the website on social media platforms, collect feedbacks, and other third-party features.
Performance
Performance cookies are used to understand and analyze the key performance indexes of the website which helps in delivering a better user experience for the visitors.
Analytics
Analytical cookies are used to understand how visitors interact with the website. These cookies help provide information on metrics the number of visitors, bounce rate, traffic source, etc.
Advertisement
Advertisement cookies are used to provide visitors with relevant ads and marketing campaigns. These cookies track visitors across websites and collect information to provide customized ads.
Others
Other uncategorized cookies are those that are being analyzed and have not been classified into a category as yet.
SAVE & ACCEPT